this little piggy had roast beef

When Jude first told me about this new sandwich shop opened in the East Village by the same guys who own Artichoke (my favorite pizza slice in NYC), he prefaced by saying: "Just so you know, you're really going to like the name of this place." He was right. It's a sandwich shop with only three sandwiches on the menu, all roast beef. It's called This Little Piggy Had Roast Beef. Brilliant.

Jude came home from work late tonight and knew he was going to be taking a cab anyway, so he picked up some food for us to try. He got us a roast beef and au jus sandwich, holding the cheese (since I can't have it right now because of Ruby's allergy), and a pastrami sandwich with coleslaw and mustard on it. And delicious hand-cut fries. The sandwiches were pretty delicious, which is saying a lot since they really should be eaten at the counter there rather than 20 minutes later after a cab ride to Brooklyn! 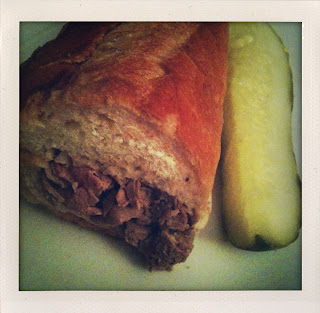 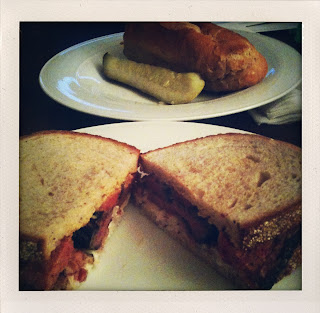 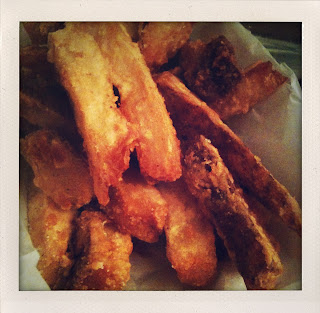 Labels: dinner, NYC, out and about, restaurants, take out