Ruby was asleep on me for two-and-a-half hours this afternoon for a nap after music class! So I was stuck, but itching to get up because there was a block party outside of a children's store, Still Hip, right down the street from our old apartment and I really wanted to bring Ruby. 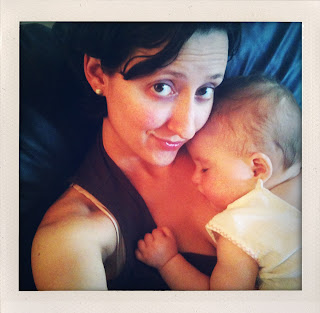 She woke up just in time for a diaper change and a brisk walk down to the old 'hood. I was starving after having been stuck on the couch for so long and I grabbed a $2 burger from the outdoor grill for the block party at Dakar. 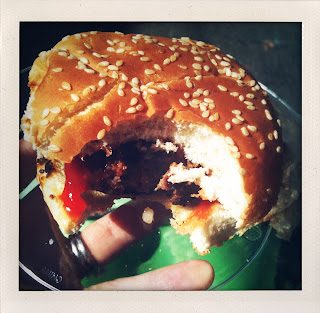 It was fun with a great energy in the air. Ruby's music teacher was playing a concert in the street and Ruby got so excited that she stuck out her finger and pointed for the first time! 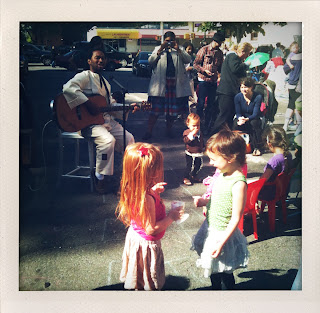 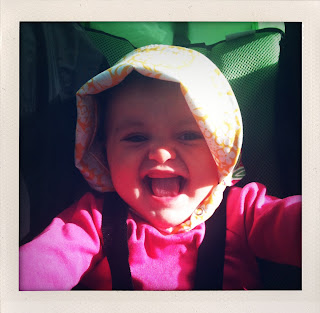 Labels: Brooklyn, lunch, out and about