We had a fantastic dinner on our last night in Washington D.C., thanks to Coral being amazing and taking Ruby off our hands for a few hours. Funny thing is, though: we so rarely get to go on "dates" anymore without Ruby that it's absurd that she was still the main topic of conversation!

In any case, we went to a place called Cork Wine Bar that we had read about. It was great. We had wine flights--mine were Loire Valley sparklers, which was fun since we spent time there on our honeymoon. I even had one from Vouvray, a small town where we stayed in a rock cave (turned into a bed-and-breakfast)! I am still nursing and can count on one hand the number of drinks I've had in the past year-and-a-half, so these three small pours went straight to my brain and Jude liked the silly Annie he got to walk home with after dinner! 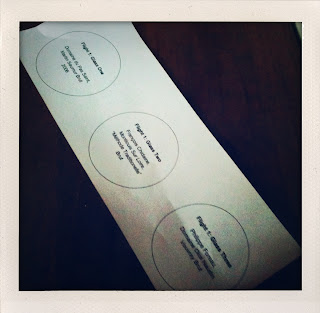 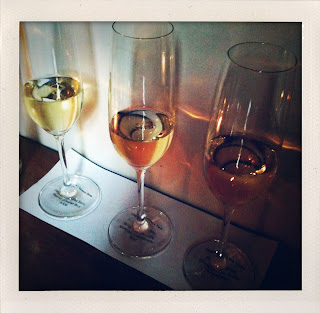 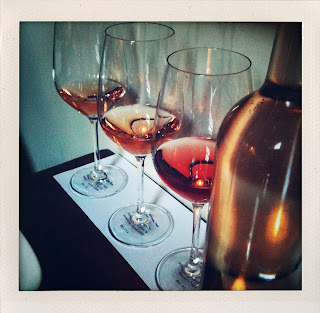 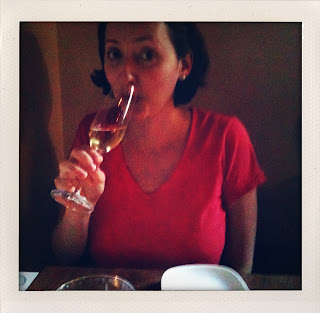 We got a delicious charcuterie plate. Jude chose the three meats. In turn, I chose the three cheeses for our cheese plate (which is only fair, considering I can only have sheep and goat still). 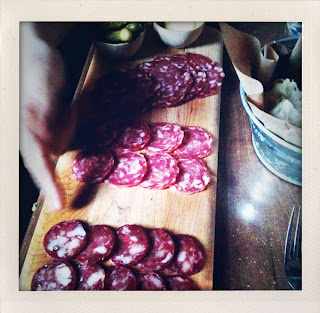 The one that was a real show-stopper was the Cana de Oveja from Spain. Wow! 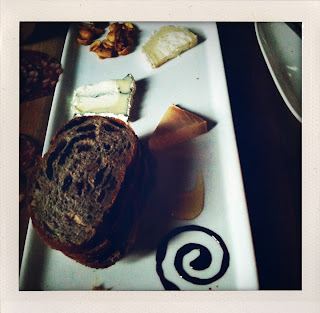 Then, a rosemary chicken liver bruschetta with shallot marmalade and and herb salad. 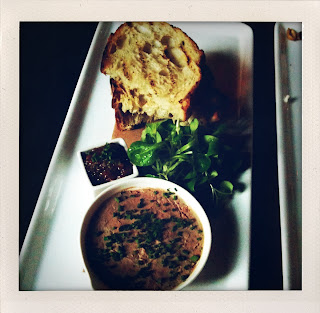 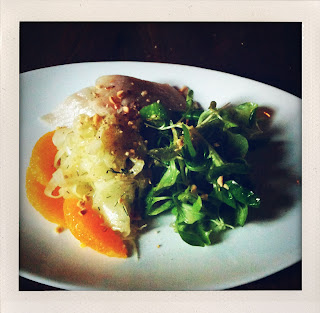 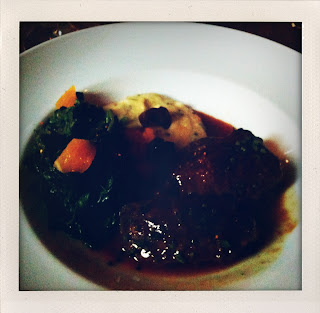 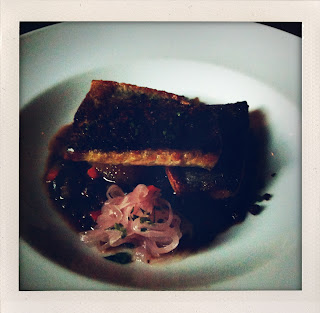 Our dessert was spectacular. Goat cheese cake with berries and cookie crumble! 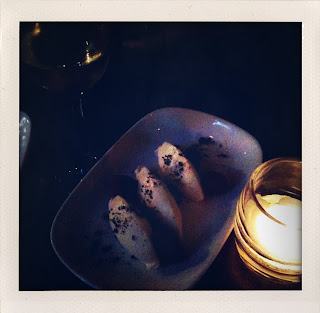 Labels: dinner, out and about, restaurants, washington d.c.