Okay, so I haven't gotten to have straight-up cow dairy in months because of Ruby's allergy. The things I miss the most are pizza and ice cream. My friend Tam wrote about this dairy-free banana ice cream on her blog a while back and I meant to try it...but, of course, didn't get around to it and then totally forgot. Then, last night my friend Maggie posted this on Facebook and raved about it and I decided to give it a try. This is also a perfect dessert to make for kids who love ice cream--it's quick and easy to make and healthy for the munchkins!

We happened to have some bananas that were well past their prime (ie. they would have found their way to the garbage can because there's zero chance I'd have gotten around to making banana bread), so I sliced them up and popped them in the freezer. 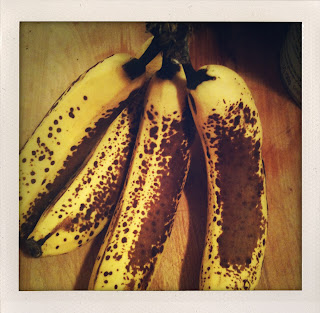 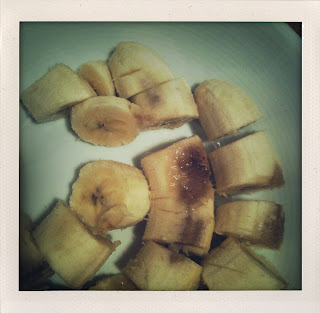 They only need to be in there for 1-2 hours, until they're frozen solid. Then, just dump them in the food processor and start it up. At first it gets crumbly and weird, but just keep scraping the sides down and keep going... 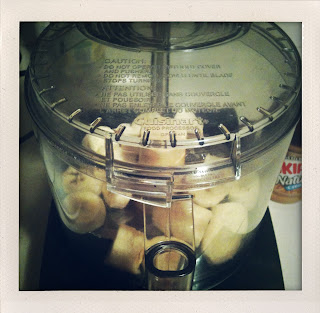 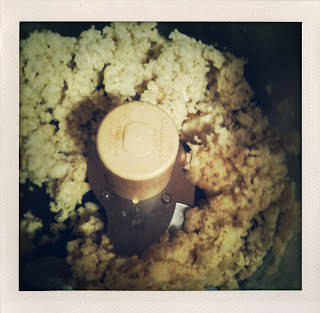 Then, like magic, it suddenly starts to get creamy. I swear to you, it's the exact texture of ice cream! It's good by itself, but I added a dallop of peanut butter. Jude says next time we should toss in a bit of rum. 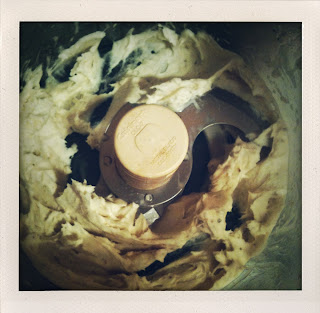 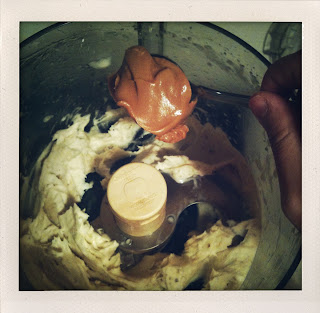 We gobbled this up in no time and I was left wishing I had more bananas. I feel like this is more of a magic trick than anything else...It's like waving a magic wand and turning your nasty old bananas into a delicious ice cream. I highly recommend this (just maybe not to my oldest brother who hates bananas so much that he once waited outside my apartment in Chicago because he refused to come in after I had made a banana smoothie that morning and he could smell it in my kitchen). 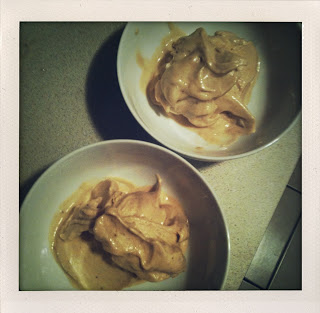