So, a dump cake is supposed to be a really disaster-proof dessert. I still found a way to mess mine up, but, luckily, dump cakes are extremely forgiving and so this still turned out okay! Not quite sure how it differed from what it should have tasted like, but the product I came out with wasn't half bad.

My mother- and father-in-law are still in town and we were going to have over some of Jude's cousins (including a baby only two months younger than Ruby). Jude was at work and we had decided between us all that we would just keep things simple and order take out food. Our guests brought some delicious cheeses and so we had lots to snack on before dinner. Then we ordered Middle Eastern food. I felt like I should make something myself, though, too, if we had a house full of guests. So I decided to find something really simple and fool-proof. A dump cake, of course.

I had this recipe from Bakerella.com for Peach Crunch Cake and I stopped by the grocery store on the way back from the Brooklyn Flea to get the ingredients I would need: a 24.5 oz. can of peaches in light syrup, a package of yellow cake mix, a stick of butter, a cup of brown sugar, and 1/2 cup of chopped walnuts.

My main problem was that once I opened the can of peaches and poured them into the cake dish, it was so little that it barely even reached the edges of the dish...And so I realized that I had bought a can about half the size of what I actually needed. There wasn't time to run back to the store, so rummaged through my fridge to see if there was anything else to improvise with that would make sense in this cake. My solution was kind of weird, but I thought I'd give it a try: some organic peach nectar and a jar of rasberry and strawberry preserves. So right off the bat I decided that this was going to not just be a peach cake. I dumped in some nectar and some preserves and hoped for the best. 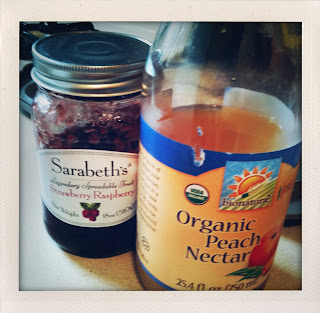 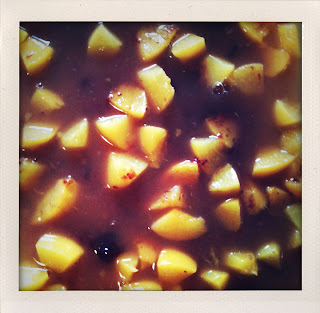 The next piece of trouble came in the form of a 22-pound kid who was not cooperating. So I put her in the Bjorn and kept going. It's not easy, by the way, to cook while a kid is attached to you and trying to grab everything in sight. 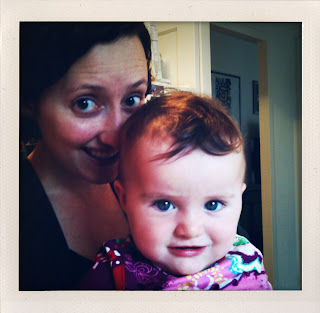 Next, you dump in the cake mix and then slice up the butter and scatter that around on top. 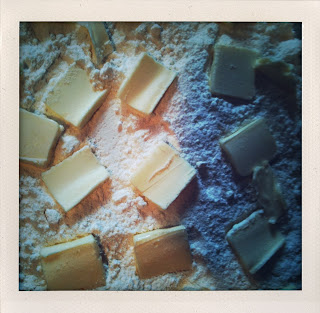 Then the brown sugar. Like I said, this is really easy. 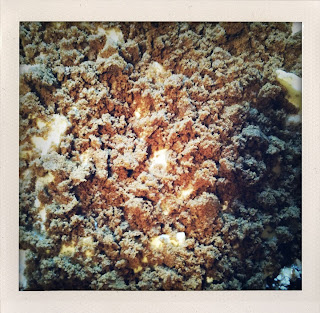 The last thing you're supposed to do is sprinkle on the chopped walnuts. At this point, I knew that my cake was a little suspect anyway, so I decided to take another chance and use the banana nut granola that we had opened. 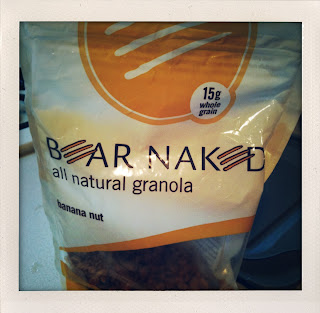 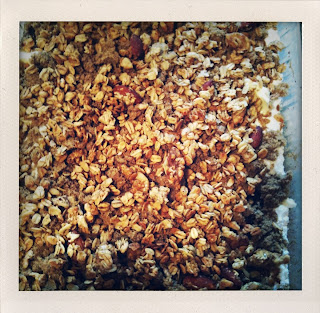 I sprinkled it on top (no measurements, just sprinklings) and then popped it all in the oven (preheated to 350 degrees) for 40 minutes.

Here is the final product: 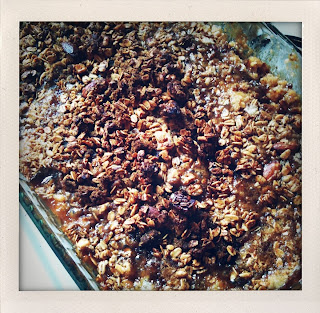 It was pretty good...but, then again, most anything with melted brown sugar and butter is going to be pretty good! Everyone but me ate theirs with vanilla ice cream, which I imagine made it significantly more tasty, too.

In any case, we had a great visit and the babies got to play. And by play, of course, I mean Ruby jabbed her cousin in the face a bunch and continuoulsy took his pacifier out of his mouth. I think we need to teach her about playing gently with those who are littler than you. 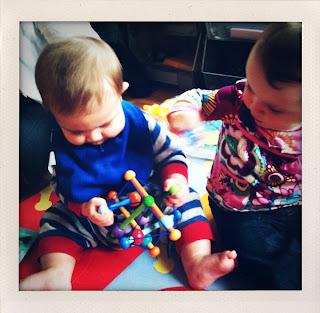 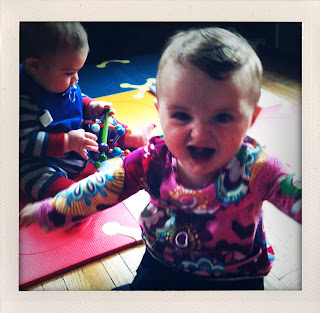 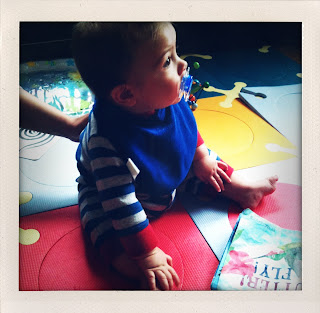